A Crocheted Flag for the 4th 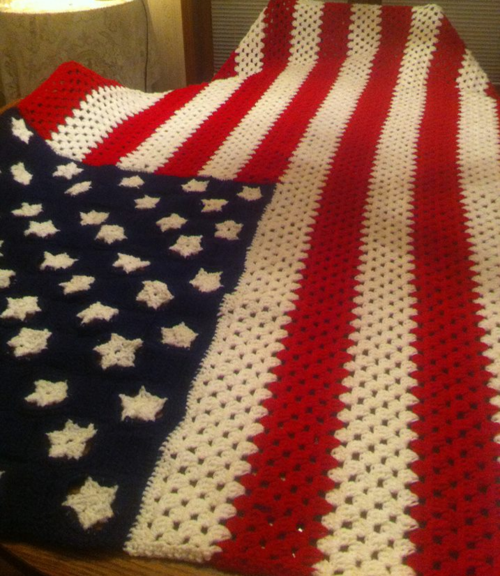 We’d like to give a special “Thank You” to Sandra Holder Drane for not only sharing this photo of her flag done in crochet, but for giving information about the pattern and its source in response to a question from a reader. That kind of interaction is what makes Starting Chain a great place for easy interaction with other crocheters. We inspire and help each other.

Sandra writes that she’s now working on her second flag. She got the pattern a few years ago. It came out of “Our Best Afghans A to Z“. We think that comes from the Leisure Arts series and that it is still available from a variety of sources. We’ve also seen patriotic flag patterns at several of online sites.

Sandra said she did change things from the pattern, including making the stars 5 pointed instead of 6. She also made some changes on the blue background.

It’s a project that we know is not only meaningful, but would be fun to make, too. It would be one of those things treasured by a family for generations.