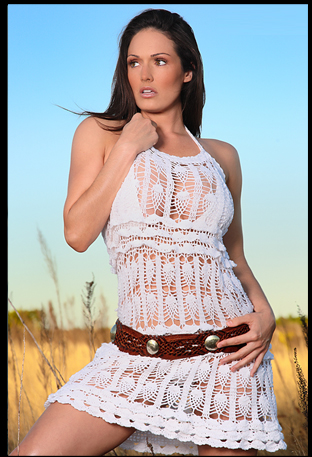 The Huffington Post recently published a feature about Harriette Cole’s crochet collection, “108 Stitches”. Indeed, Crochet is in fashion this year with more and more big names releasing their own crochet lines of clothes. Even Gwyneth Paltrow has released her own crochet clothes.

So what’s going on here? Some are calling this the ‘year of crochet’. Vogue released a knitting special edition on crocheting this year as well. Part of this is because of the growing popularity of crochet in the younger generations. It’s coming back, especially as a cheaper alternative to purchasing expensive brands of clothing. Even more, it’s about taking pride in something you’ve created for yourself.

How about for fashion designers? What inspires them to pick up the crochet hook? For Harriet Cole, the creator of “108 Stitches”, it was something fun to do with her 7 year old daughter. She had learned it as a child, but only after Memorial Day did she decided to make a fashion line out of it. That turned a home craft into a brand of fashion that ranges $100 to $1500.

Indeed, the world of crochet is growing and hopefully it will continue. We really are on the cutting edge of fashion!