A group of industrious students at a Michigan high school came up with an artistic way to help out the homeless community and the environment at the same time. Student members of the Three Rivers High School National Honor Society created sleeping mats made from used plastic grocery bags. The ambitious students hope to make over 800 mats, and they are determined to reach that goal with the aid of the local Three Rivers community.National Honor Society members at Three Rivers High School call their project A Mile of Mats, and are working on the project under the guidance of their adviser, Ashley Erby. The NHS fully backs the mat-making project, and sees it as an opportunity to be of service to the local community, while tackling the urgent issue of homelessness in the state of Michigan. Plastic sleeping mats are relatively inexpensive to produce, but require many dedicated hours to craft each one by hand. 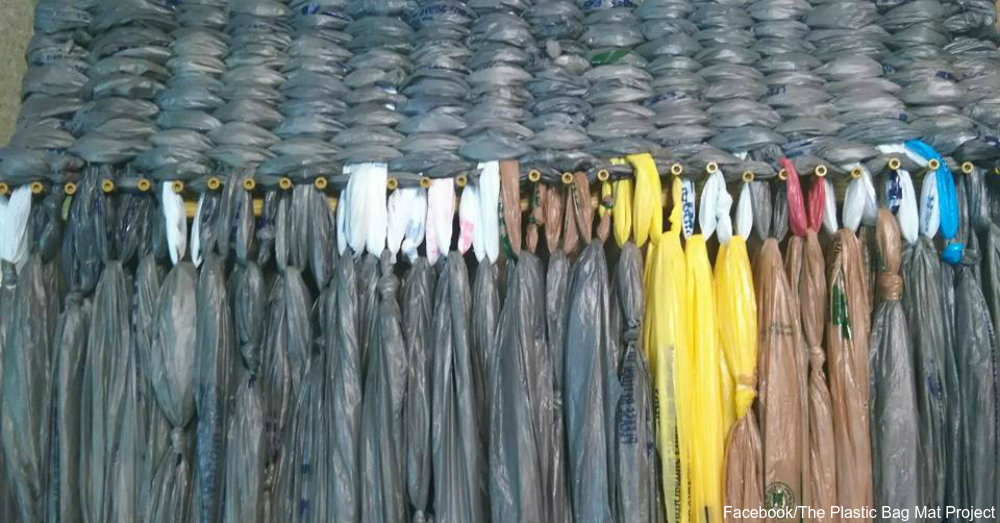 It’s certainly a clever idea, but the high school students are not the first ones to create sleeping mats out of plastic bags. The mats are a brainchild of Wayne Abadie, a Louisiana man who began crocheting plastic bag mats as a church service project. Abadie had plenty of plastic grocery bags at his to home to use for his initial mats. His mat-creation process uses strips of plastic tied together, which are called plarn, instead of yarn.

The strips are wound into balls and used as needed for crocheting the mats using a large crochet hook. Abadie donated his first batch of mats to a local mission, and discovered his mats were a big hit.

Now the students at Three Rivers High School are crocheting their own version of Mr. Abadie’s plastic mats. While the students are willing and able to craft the mats in their spare time, they are asking the community to provide assistance by donating used plastic bags. While some people take the bags to a recycling bin, many of these bags are tossed into the trash where they end up in a landfill. 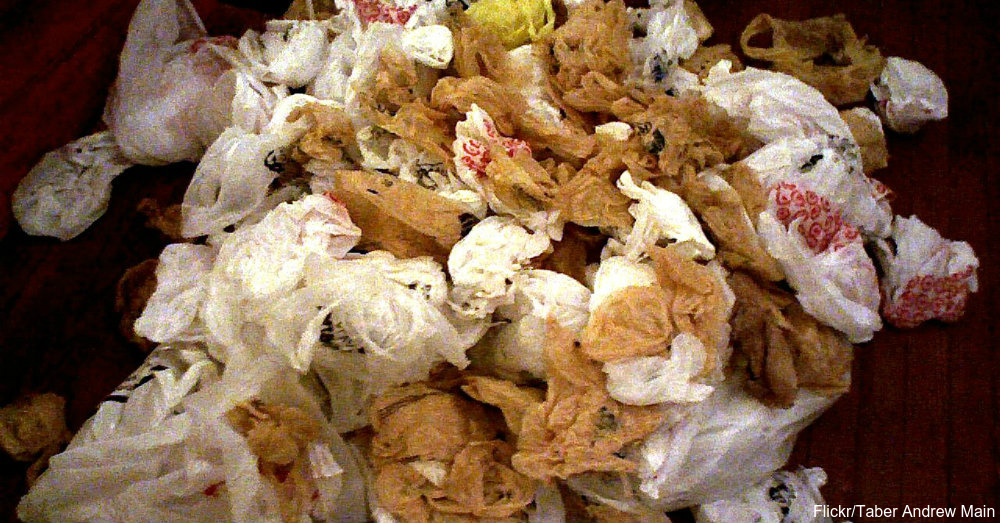 Throwing the bags away removes them from sight, but a lot of discarded plastic bags end up in waterways and oceans, causing massive pollution problems. In addition, wear and tear strips away pieces of plastic, and these scattered pieces are a choking hazard to fish and various marine animals. Plastic bag pollution can even lead to flooding in some areas due to clogged drains.

To make a single sleeping mat that measures 6 feet by 4 feet, the students must collect around 500 to 700 bags. However, stores give plastic bags away to customers for free, so there is a potentially endless supply of used bags available to these resourceful students. The main purpose of the project is to do something positive for those who are currently without physical shelter. To this end, the students are doing their part to assist their state’s poor.The students of Three Rivers High School are helping to popularize a crafty way to re-use discarded plastic grocery bags. Discover more ideas for helping out the poor while buying cool clothing.