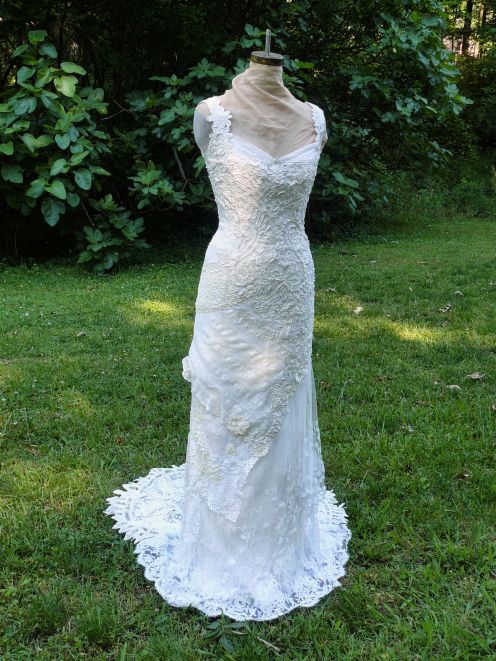 What’s seen currently as a hobby now was most likely considered much more important 200 years ago. In fact, much of the reason why we enjoy crochet today is because of how vitally important it was, and how many lives revolved around it.

In the 19th century Ireland consisted mainly of wealthy land owners, and tenant farmers who worked the crops. Much of their lives and livelihoods depended upon the crops doing well. Their lack of decent pay or education also meant there was little room for social mobility. When the potato blight swept through Ireland in the middle of the century, the farmers had very little else to help sustain them. The money and food quickly dried up, and suddenly thousands of farmers found themselves threatened with starvation.

Unfortunately, many did die. The estimated deaths from the famine are more than one million. Those that did survive, however, worked to find a new trade and more worked. Many young families left to England, Canada, Australia, and the United States to find new work and send some money back to Ireland. The families that stayed behind, however, also needed to find a new trade. One of those trades was lace making.

Lace was a fantastic new craft. The materials were easily accessible, the product could be made in a variety of areas and didn’t need many ‘ideal conditions’, and well made lace appealed to the wealthy. Soon, Irish crochet lace became a coveted commodity.

The spread of Irish crochet was credited to Madamoiselle Riego de Blanchardiere who figured out how to make lace that resembled Venetian needlepoint but could be made on a crochet hook. In 1846 Madamoiselle Riego published the first book of patterns, and a year later 12,000 to 20,000 women were working as instigators and practitioners. Most of these women were centered around Cork, although the town of Clones was also considered a secondary center of production.

Madamoiselle Reigo’s designs also allowed for the mass production of lace items because the creation relied upon motifs that could be individually created then joined through crocheted fans or mesh. Before Irish crochet, standard designs were created row by row. This system allowed for a division of labor and groups of women to come together to work on large pieces much faster than if working on them alone. It also created a market for patterns.

The production system as interesting. Families and workers were supplied with the materials to be worked on at home. Completed pieces and motifs were then delivered by the families to a designated center in town where they were assembled into grander articles such as trimmings, dresses, and parasols.

Lace patterns and motifs soon became guarded commodity’s. Families would actively attempt to learn and steal patterns from each other in order to gain an edge against each other. Distinctive family patterns were what supplied families with their incomes, and if the patterns leaked, their value dropped.

Handmade Irish crochet lasted as a large, active industry up until World War I. It was pushed out due to war struggles, but also competition from machine-made lace. To this day, however, classic Irish lace remains a valuable commodity and tradition.