Knitters and Crocheters Fight Back over “-lympics” Name 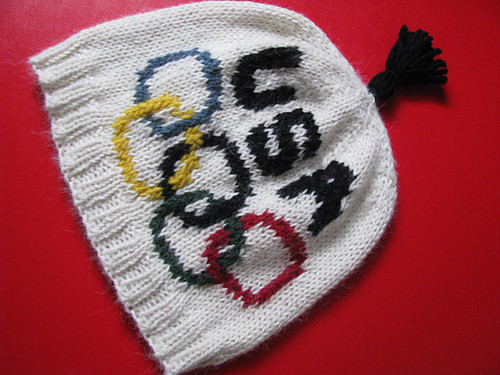 Popular knitting and crocheting social network, Ravelry recently found itself the subject of a cease and desist letter handed out by none other than the U.S. Olympic Committee. Yes, it would appear this rather innocent hobby has become the subject controversy.

Ravelry hosts an annual ‘Ravelympics’ where knitters and crocheters compete against each other for fun. It’s been running every two years starting in 2008, but this year the U.S. Olympic committee took offense at the name.

“We believe using the name “Ravelympics” for a competition that involves an afghan marathon, scarf hockey and sweater triathlon, among others, tends to denigrate the true nature of the Olympic Games. In a sense, it is disrespectful to our country’s finest athletes and fails to recognize or appreciate their hard work.”

The condescending tone opened up a whole can of worms for the committee. Bloggers immediately hopped on the story while others bombarded the USOC with tweets and Facebook wall posts complaining about the letter.

The USOC, shocked at the quick reaction, apologized twice. Their first apology ended with the line “To show our support of the Ravelry community, we would welcome any handmade items that you would like to create to travel with, and motivate, our team at the 2012 Games.” Ravelers were rather unhappy with the request for free stuff after the snafu. The committee quickly posted another apology.

There is court precedence involved with the use of the word ‘Olympics’ or deviations in an event title. The ‘Gay Olympics’ lost a court battle over the use of the name in 1982. In this case, the USOC wanted all patterns of Olympic emblems and related material removed under the Digital Millennium Copyrights Act. They also wished to have the name of the event changed to something much less similar to the word “Olympics.” Of course, after all the anger and bad publicity, the USOC appears to be backing down from legal threats.